The Walking Dead Miniatures range is winding down..

All good things must come to an end… including the end of the world.
Posted on January 20, 2022
3 minute read 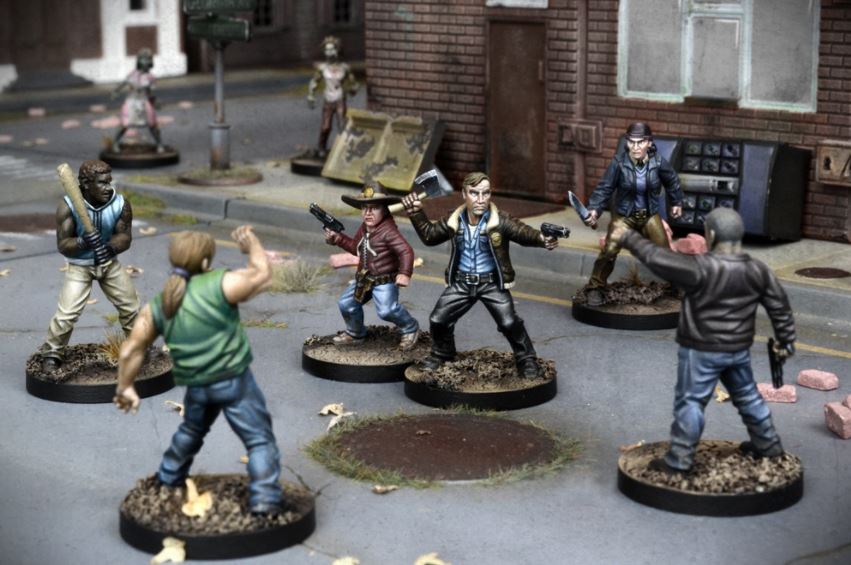 Please see below – a clip from the latest WD news release over at Mantic Games, the full article is linked below. In light of this we will be placing a last stocking order with Mantic before the product line ends. Our rep has already informed us that limited sets will be available on a “build to order” basis till the final call in February.

“Hi everyone, Ronnie here. Back in 2014 I had a meeting with Shawn Kirkham at a company called Skybound. Shawn loved miniature games and had just seen Mantic’s Dungeon Saga on Kickstarter. He decided to take a chance on a really, really small company called Mantic to make The Walking Dead miniatures game.

What came out of that collaboration, I think, was one of, if not THE, best miniatures/licensed game collaborations ever. It has an average score of 8 on BoardGameGeek – amongst the highest ever for a miniatures or licensed game. The interaction between the PVP and the threat of the Walkers made it a truly unique and very playable game. It was a great game to play and yet absolutely remained true to the original source material. As well as being a game that was as welcoming to new miniature gamers as it was to long-time vets! Thanks to Mark Latham for designing such a fun game and the RC for helping balance the rules for later factions.

Over the next five years Mantic and Skybound released seven waves of story arc – bringing the story all the way through from Atlanta, via the Prison, The Governor and Negan right up to the Whisperers. There was the board Game – Here’s Negan, covering the man himself taking over the Sanctuary with his gang, and Call to Arms, the skirmish game to take your games to the more bloody and brutal fights between the warring factions.

The range of miniatures featured all the major characters – usually at several stages in the story, all the minor ones, and even a few cameos – who only lasted a comic or two. Plus, a whole heap of Walkers from across the series.

[SPOILER ALERT FOR THE COMICS. SKIP THIS NEXT PARAGRAPH IF YOU HAVEN’T FINISHED]

But now Rick is no more and the story is told. The Walker threat is becoming a distant memory and Carl is all grown up. As a result, we and Skybound felt it was also time to call an end on the miniatures game. It has been a fantastic journey, and one that many, many Mantic and Walking Dead fans took with us. We have agreed with Skybound to allow fans and collectors a final three months to pick up whatever they want to complete out their collections.

Please click on the following link to read the full release article from Mantic Games : The Walking Dead Comes to an End.“