The Italian resurgence continues with new and revamped minis and re-boxes!
Posted on June 2, 2022
3 minute read 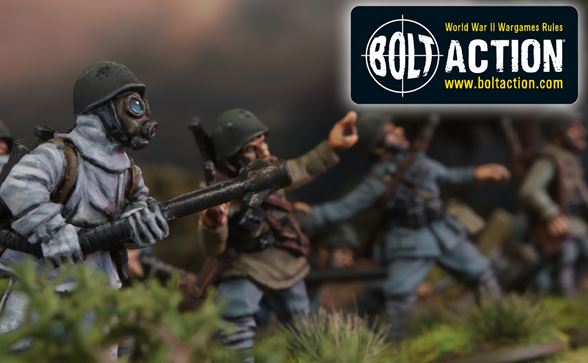 At the start of Italy’s war, the Italian Army had no assault engineering units designed to take on enemy fortifications.

The performance of pioneer units in the German blitzkrieg demonstrated to the Italians the need for such units, leading to the creation of the Guastatori del Genio which began training units in late 1940.

By early 1941 these specialised assault engineers were fighting in North Africa, and by mid-1942 they were also on the Eastern Front. During the Sicilian campaign the 11th Guastatori Battalion was attached to the ‘Livorno’ Division, fighting alongside them throughout the campaign.

Arguably one of the toughest units within the game, the Guastatori Destruction Group will be deservedly feared, if only for their ability to take two flamethrowers in a single squad. You’ll find their full rules in the most recent Bolt Action Campaign supplement, Soft Underbelly – an essential tome for every Italian player. 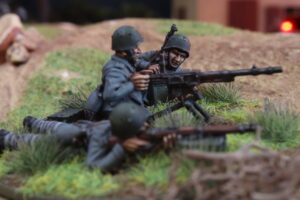 One of the largest ground forces of the war, the Regio Esercito (Royal Italian Army) was hardened by its experiences in Albania, Ethiopia and the Spanish Civil War prior to its entry to the Second World War. The Italian Army fielded a wide range of weapons from various manufacturers. The most successful and commonly used machine gun was the Breda M37 8mm air-cooled weapon, its reputation led to it being fielded by the British SAS when captured. Like so many nations, the Italian Army also made good use of mortars such as the Mortaio da 81/14 Modello 35.

An Italian Army HQ, MMG Team, and medium mortar team are now boxed to bring the Italian Army range in line with their Bolt Action contemporaries. They will also be available for individual purchase, fieldable as either Italian Army or Blackshirt troops 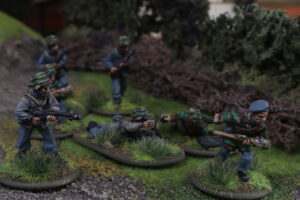 Led by tough, experienced officers, the Italian paratroopers were a well-respected foe – during the battle of El Alamein troops of the Folgore (Lightning) Division repelled the British attacks for weeks. The Folgore fought until expending their last round of ammunition, taking out British tanks with near-suicidal close-quarters attacks and choosing bayonet charges over raising the white flag, such was their elan.

The Italian paratroopers were hard men, often poorly supplied and supported, but fought and died bravely where they stood rather than give ground. We’ve reorganised these miniatures into new boxes and refreshed them where necessary. The range includes two squad boxes (one of which is exclusive to the Warlord Webstore), a support group box (its constituent components also available separately), as well as a pack of weapons teams. For even more variety in sculpts for your squads, consider employing some of the existing Paracadutisti bearing German weapons.